FREE DOMESTIC SHIPPING ON ALL ORDERS!

Your #1 natural solution for Heart Health*

ALL YOU NEED TO KNOW ABOUT

WHAT YOU MAY EXPERIENCE IN THE FIRST 90 DAYS

• You may notice a significant boost in energy because your vessels will expand allowing more blood flow.*

• As the CoQ10 fuels your muscles with more energy, your stamina and ability to exercise will increase.*

IMAGINE A GARDEN HOSE, now imagine it has an area that is narrower because of a clog. The pressure is still the same from the faucet leading to increased pressure in the hose. Because the hose is old, it is stiff and cannot expand with the added stress. Both conditions relate to your blood vessels when they become clogged and aged. Clogged vessels is a condition called atherosclerosis. Vessel stiffening is called arteriosclerosis. Both conditions may lead to your heart working overtime to deliver blood through your system.

WHAT CAN BE DONE? When used faithfully, Arginine Miracle® may work to clean out the vessels and return them to a supple state, naturally reduce high blood pressure, treat hypertension, and more.*

RESULTS take time. Some may experience a decrease in blood pressure in the first 60-90 days.* Many issues can affect blood pressure, including lifestyle, too little exercise, too many simple carbohydrates, or existing plaque build-up.*

WHAT ELSE CAN BE DONE? Besides a healthy diet and daily exercise, it is vital to cut back on your salt intake. Salt may cause the vessels to contract and thicken your blood. These two issues may cause blood pressure to rise, affects the kidneys, and contribute to cardiovascular disease.* 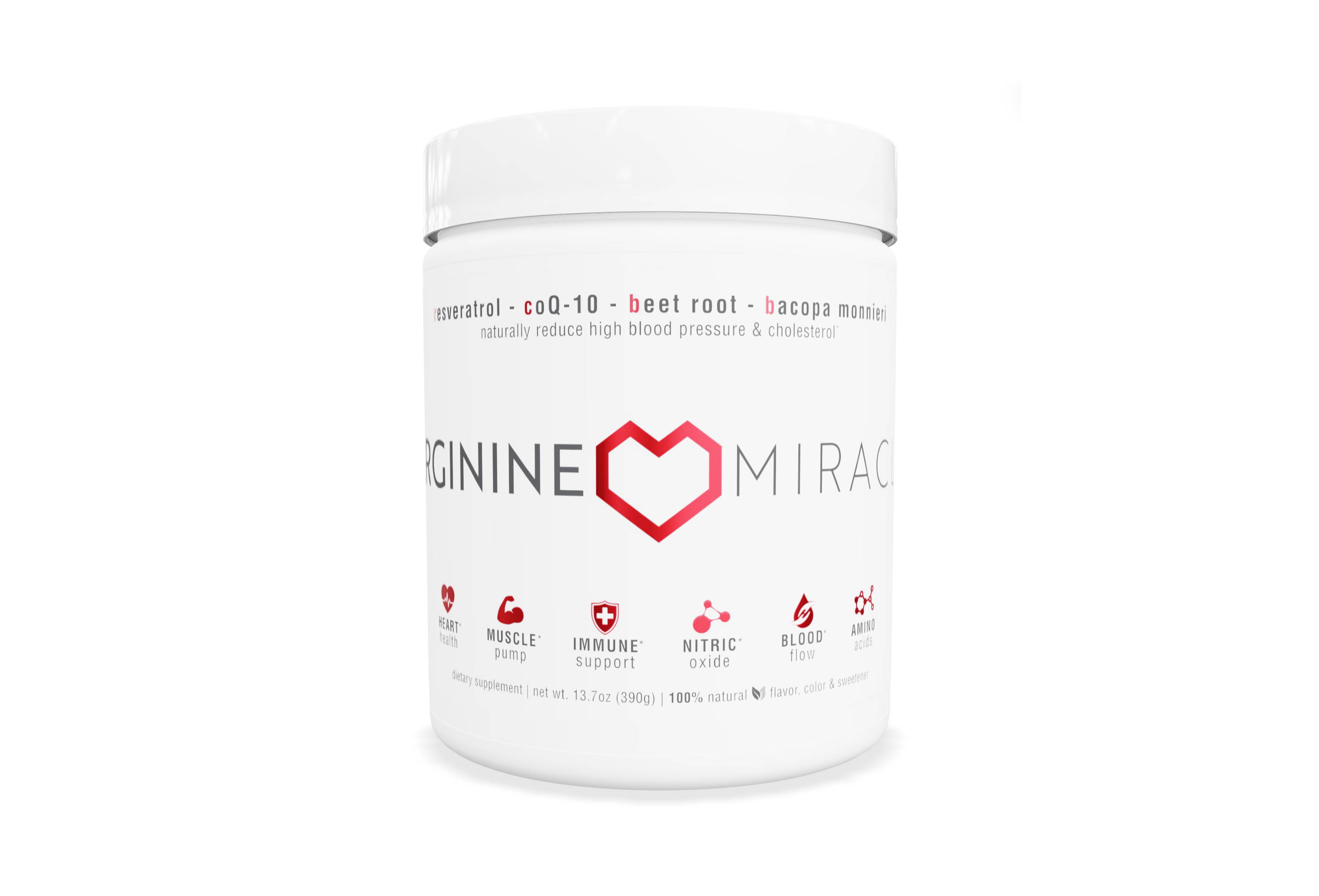 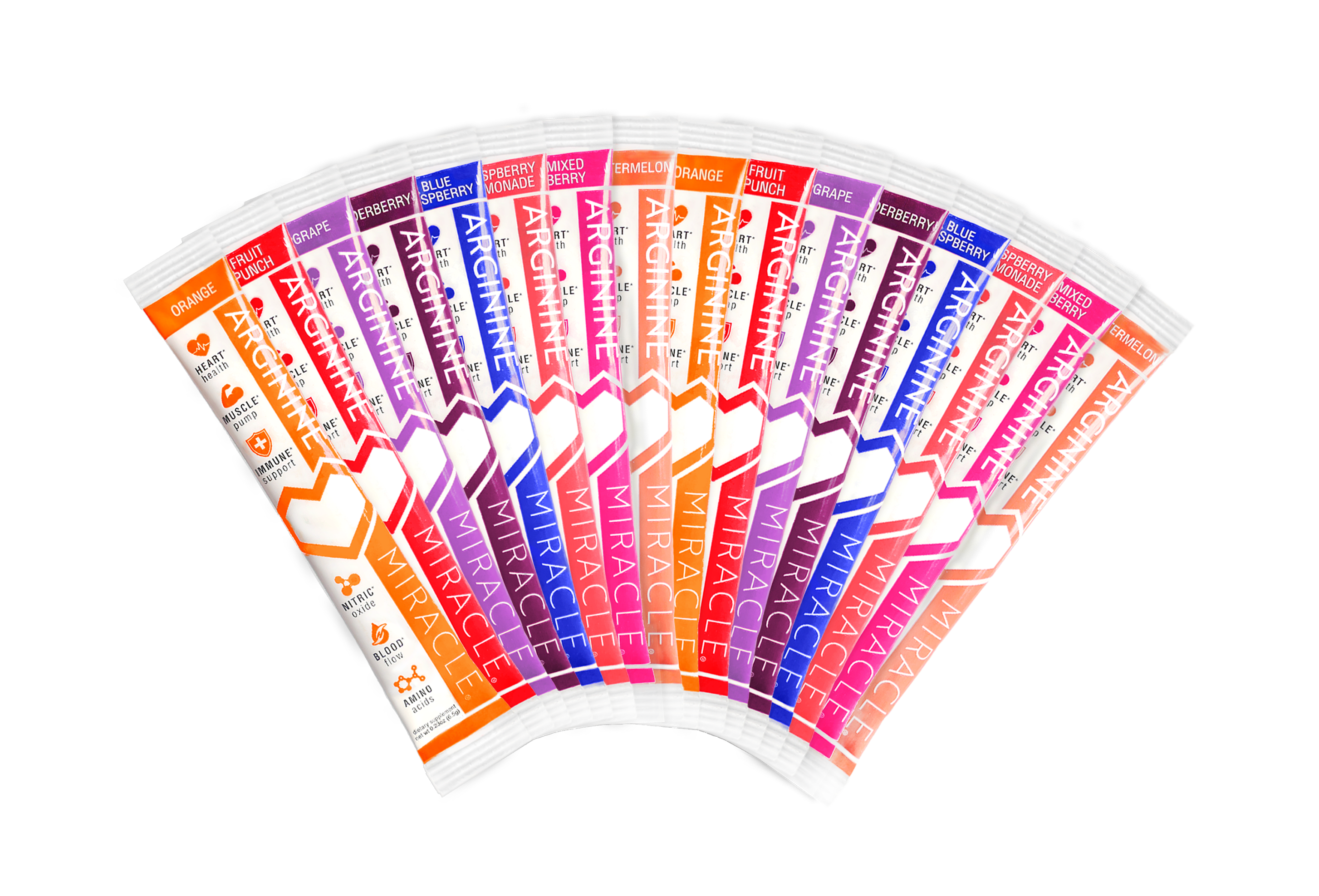 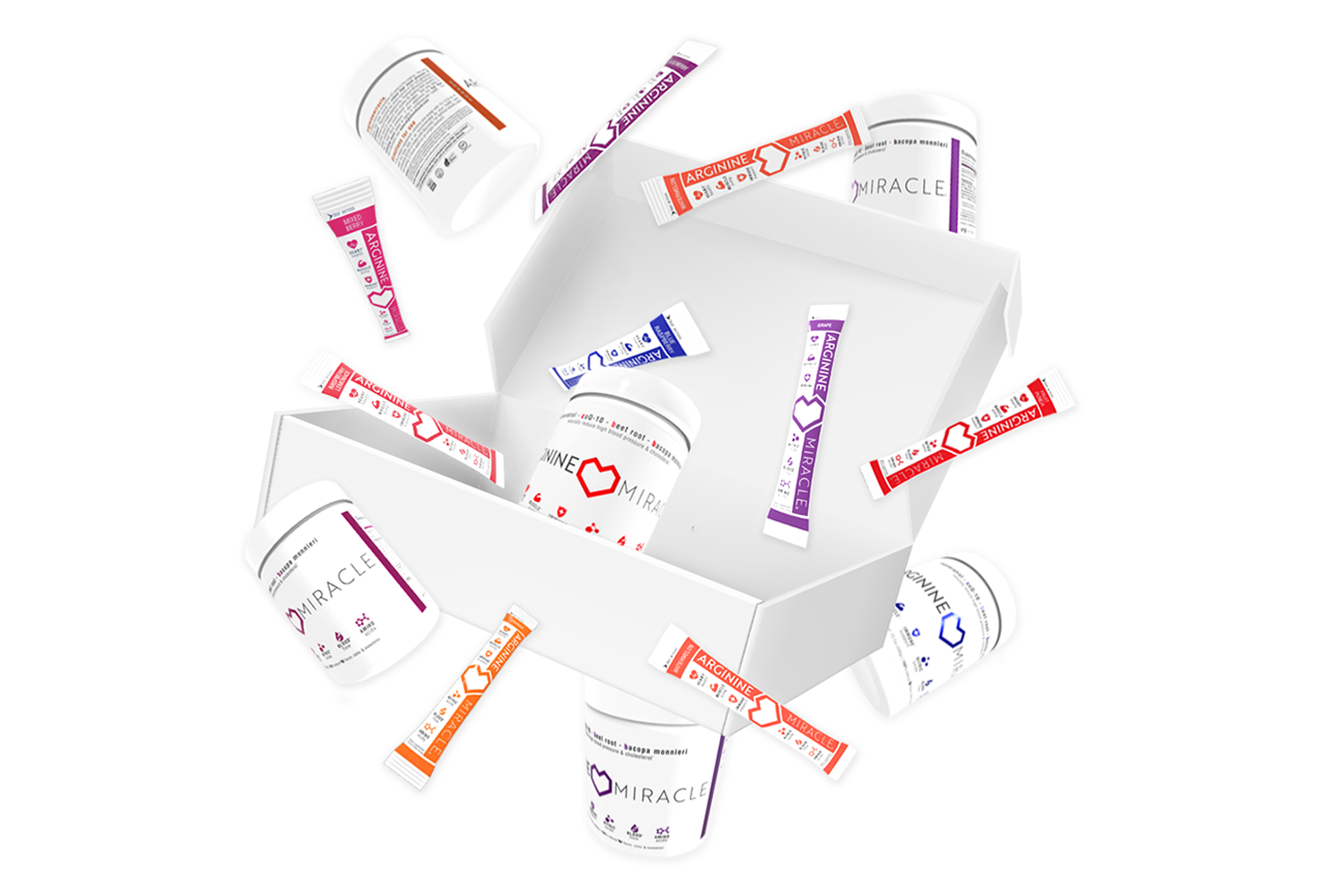 THE NOBEL PRIZE FOR MEDICINE was awarded in 1998 for research regarding arginine-producing Nitric Oxide. Nitric Oxide reverses cardiovascular disease, both artherosclerosis and arteriosclerosis. What is so very interesting is that most doctors either don’t want to prescribe arginine because it is not a pharmaceutical, or they simply aren't aware of the science and benefits.

Cleaning vessels and returning them to a supple state takes time. Many customers ask, “How soon can I get off Arginine Miracle if I start it?” Some even think that it should work like Drano! Many think after 90 days they should see a major difference and that they should be able to discontinue it at that time. Please remember it took many years to acquire the disease, and it takes years to reverse the disease. And the truth is, you can never stop the disease from returning, except through arginine intake. Dr. Siva Arunasalam, MD, world-renowned doctor affiliated with the Cedars-Sinai Medical Center and High Desert Heart Institute in California studied 30 patients, beyond medical treatment for cardiovascular disease, who were given an arginine supplement as treatment for cardiovascular disease. His statement to me regarding a patient who had been on arginine for one year and then had open heart surgery for four blocked arteries was, “It saved his life, had he not taken it, he would have probably died. It actually takes about 2-3 years to complete the reversal of cardiovascular disease with arginine.” You and many others may have cardiovascular disease because of your ADMA molecule and your inability to make enough Nitric Oxide to offset the ADMA damage. If you desire health and life longevity, stop rolling the dice! Arginine may be the only natural treatment for cleaning out your vessels.*

IT MAY PREVENT AND REVERSE HEART DISEASE

CARDIOVASCULAR SURGEON, Caldwell B. Esselstyn, M.D. , clinician, and researcher at the Cleveland Clinic for more than 35 years, now retired. He was awarded many prestigious awards over those years and believed through his research we could solve cardiovascular disease by changing our diet. His research established that the endothelium was damaged from animal protein and that Nitric Oxide could repair it. He then discovered that arginine could, under the right circumstances, do what a vegetarian diet could do, if adhered to, just by taking a supplement. Dr. Esselstyn says the diet works because it keeps the vessels free of plaque. That is exactly what arginine does by producing Nitric Oxide. He wrote the book Prevent and Reverse Heart Disease. Eighty-three million Americans have some form of cardiovascular disease. We spend $270 billion treating this disease in the USA. This will increase to $500 billion by 2025. The right arginine supplement can greatly reduce this cost to society. Heart disease is 20 times more the cause of death than cancer!*

Dr. Esselstyn has stated that cardiovascular disease is caused by animal protein from dairy, beef, pork, chicken, lamb and fish. He promoted becoming a vegetarian and embraced Dr. Campbell’s concept of vegetarianism to fight off cancer and cardiovascular disease from The China Study published in 2008 with over 1 million books sold. However, later in his life, Dr. Esselstyn realized that there's only about 5% of the population who could accomplish that task. He then provided evidence that taking an arginine supplement could accomplish a better result.

Rainer Böger, MD, researcher and formulator of arginine as a supplement to replace a restrictive diet, would out-produce vegetarianism’s Nitric Oxide production which is the remedy for stopping and reversing cardiovascular disease according to Dr. Esselstyn. You can eat your animal protein and be assured of fighting off and reversing cardiovascular disease with Arginine Miracle®.*